As a frequent collaborator with Radical Media, Peter has been at the forefront of branded content advertising. His work on Nike’s “Kobe Disciples” and AXE’s “The Gamekillers” swept the Gold, Silver and Bronze at The One Show Entertainment Awards in 2008.  As the head editor of two seasons of Volkswagen’s “Racing Under Green” and the subsequent “Rookies to Racers” mini-series, Peter spent three race seasons following the lives of young drivers in the TDI Cup race series. In 2009, Peter traveled to Australia to lead a team of editors on Tooheys Extra Dry’s “6 Beers of Separation”, which won the Cannes Lion Bronze, the AICP NEXT Award and the One Show Entertainment Award, in addition to being nominated for a Director’s Guild of America Award for Reality Programming.  Branded content clients include Unilever, Nike, Ford, Volkswagen, Bud Light, Tooheys Extra Dry, Tommy Hilfiger, Macy’s, Coca-Cola and others.

Peter’s work on the inaugural season of “Oprah Presents Master Class” won an NAACP Image Award for Best Outstanding Series.  He cut the pilot for AMC’s hit talk show, “The Talking Dead,” which recently has been renewed for a fifth season.

Peter is based in NYC, but travels light and is always up for a good adventure. 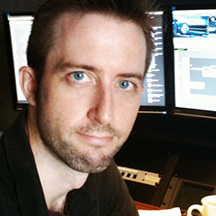